back to search results

This section of the huge "Transport and Human Endeavor" mural on the ceiling and walls of the Chrysler Building's main lobby depicts scenes of heroic industrialism and early 20th Century transportation including the primitive but rapidly developing aircraft of that period.

Some of the scenes are said to depict the construction of the Chrysler building itself.

The canvas mural was painted by Edward Trumbull in 1929, but was given a polyurethane coating in 1970 that darkened it and made it hard to see until a costly restoration in 1999.

This photo was made with the camera pointed straight up at the ceiling. 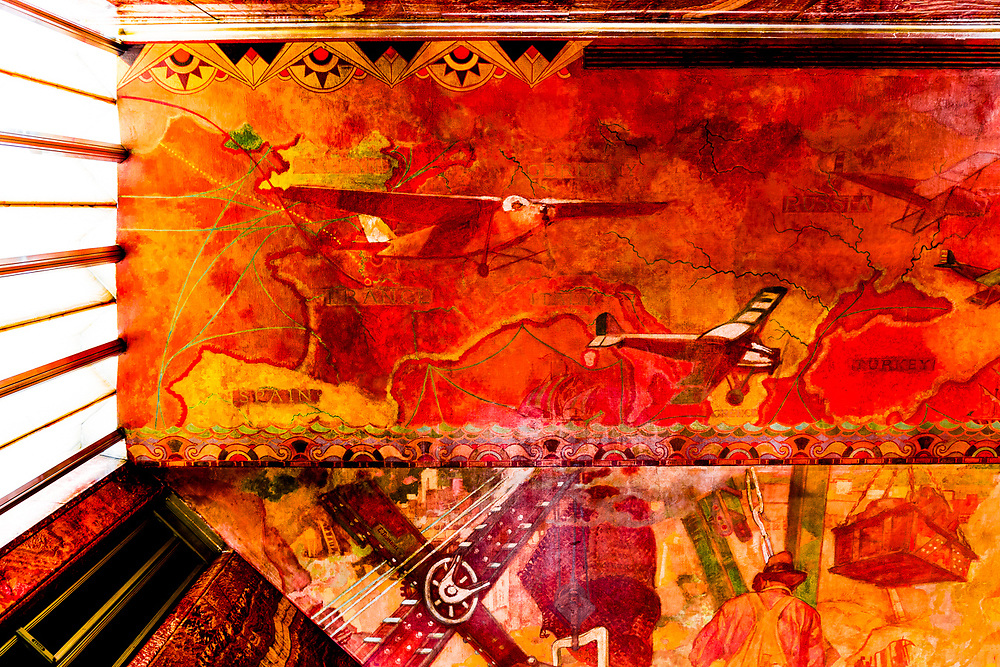