Who Built The Pyramids?

It names 32 workers and honors them, and by extension, all of the approximately 3,400 laborers and craftsmen who built what was then the tallest building in the world -- and still one of the most iconic. The workers' names -- Irish, Italian, Russian and more -- epitomize the great All-American mix in the port city of New York's early 20th Century melting pot.

Constructing the gleaming, towering skyscraper took this team just 11 ½ months -- an heroic feat of both labor and civil engineering, unequaled in speed both then and now. Of the project's some 3,400 workers, five were killed on the job. 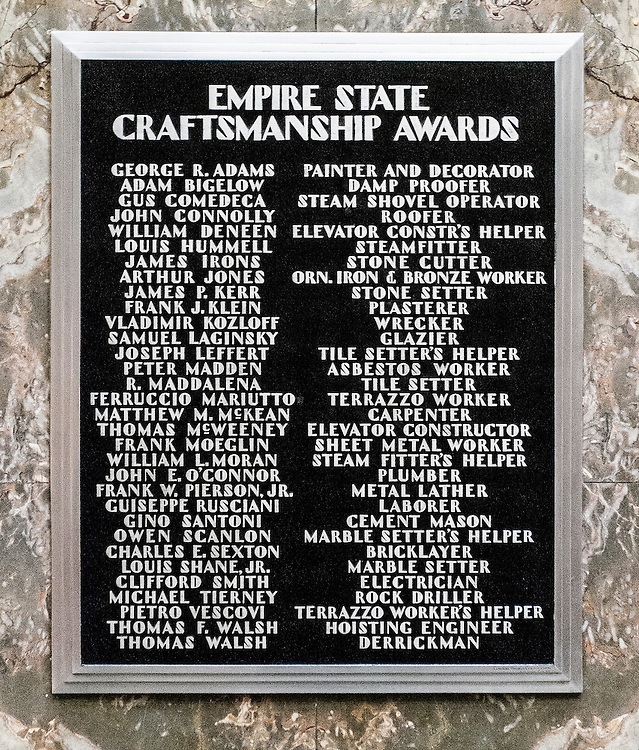