This movement of art emanating from the people -- art in the streets, -- resonated and interacted with the elite art fair phenomenon developing at the same time, centered around Art Basel Miami Beach.

Internationally important, Miami-based art collectors, including the Margulies and Rubell families, bought and converted funky Wynwood warehouses into fabulous, privately owned museums that they opened to the public during Art Week and at other times.

All this helped remake Wynwood and vicinity into a world renowned arts district dotted with new restaurants and architecturally adventurous retail/office/hotel/residential complexes and an imaginatively designed eight-story parking garage.

Wynwood is now a reigning world capital of street art, with epic new murals and graffiti constantly being painted over older works

At this writing, its future is clouded by the corona virus crisis as well as by the more mundane dangers of over-gentrification. 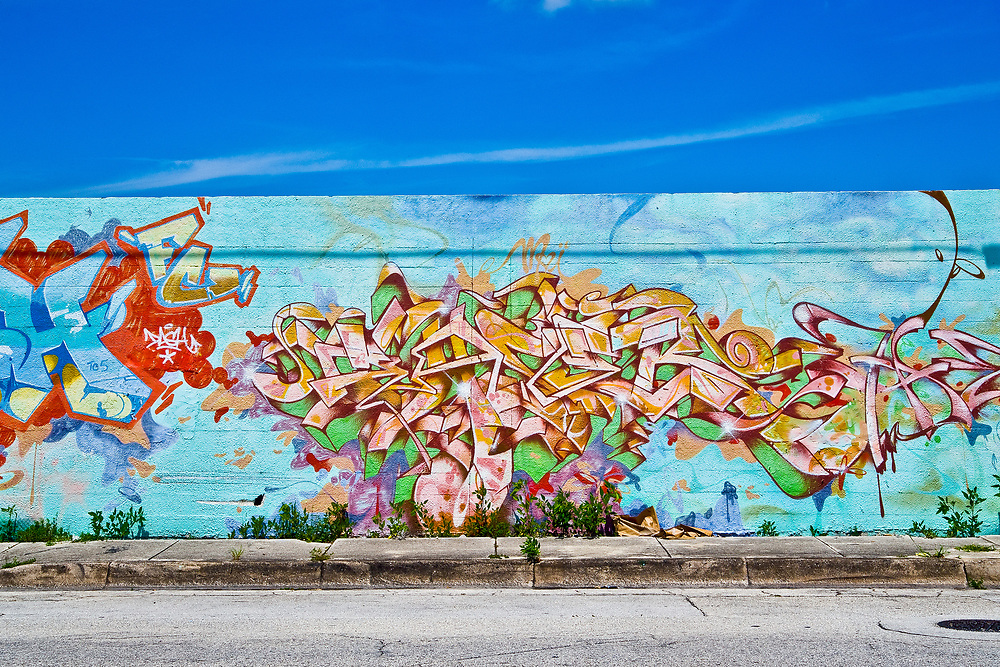